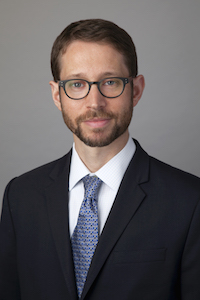 Attorney Mansfield serves as a Managing Attorney at O’Neil and Hauser P.C. He is a graduate of Suffolk University Law School and has been practicing in the field of immigration for the past 15 years. He specializes in removal defense, U visas, SIJS adjustment of status, naturalization, provisional waivers of inadmissibility and other waivers of inadmissibility. He also frequently represents clients filing asylum, affirmative and defensive, both before USCIS and the Immigration Court. He is an expert in drafting motions to reopen and other motion practice, withholding of removal, cancellation of removal, both lawful permanent residents and non-lawful permanent residents, challenging charges of removability, marital waivers, I751 petitions and virtually every application involved in the practice of immigration law. Attorney Mansfield speaks fluent Spanish and Japanese.